Mixing progressive rock, classical music, and some theatrical aspects, the band originally formed by Clive Nolan & Eric Bouillette, announced that their debut album “The Rise of Medici” will be out on September 16th, 2022, via Anesthetize Productions.
“The album features some of the major episodes in the life of Cosimo and Contessina De’ Medici. Their lives were far more intricate and complex than this album can possibly put across, so we simply offer a small part of their dramatic place in history.”

Solace Supplice is a French rock band, from dark to more dreamy ambiances. 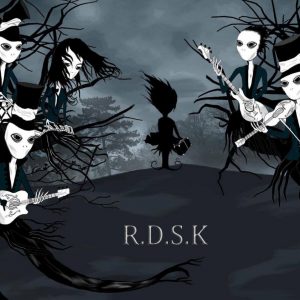 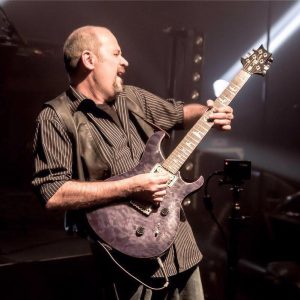 From an early age, Eric Bouillette set out to become a performer and professional Music Artist. Natural ability will only take a talented artist so far, but a strong will and determination have helped push this artist forward and continue to drive his development and success.

XCIII (To a passerby…) is an Avantgarde Rock / Metal project located in France. Its aim is to combine different styles going from Black Metal to Trip Hop with no limitation, but with the will to keep a musical and lyrical coherence between all the tracks. A kind of « Art Total », where music, lyrics, and pictures respond to each other.

It’s a story against violence, war, absurd hate, and behavior between humans.
A deep dive into psychological human nature and what it has been able to commit in History.
Orchestral and cinematic situations, presented in folk/prog/rock/Celtic music.

Since NEMO disbanded after 9 albums distributed all over the world, JPL (alias Jean Pierre Louveton) carries the torch of French Progressive Rock as a recording and touring artist.
Between 2020 and 2022, the “Sapiens” trilogy was released, a musical fresco about the history of humanity recently brought to the stage by a new team of high-profile musicians.

Xavier Boscher is a French musician and painter. Guitarist, keyboardist, and bass player, he has composed and released many albums since 1999 in progressive rock and metal genre, for himself and other projects (Nebuleyes, Misanthrope, and more…). He has recorded 2 albums with Misanthrope (‘Immortel’ and ‘Recueil d’écueils’) and the band has toured in Europe with Septicflesh.

Frau Fleischer is a French-Italian electro pop-rock band influenced by hard rock, French core, industrial music, with references from the ’80s’ dance music and a strong cabaret print. The imagery of the band is strong and provocative, haute couture and trashy.

TASSI is a Post-Black / Blackgaze bard in the universe of heaven and man. Through this character created by Dryad (Bliss Illusion), we’re told about his esoteric and mystical journey to find his lover, Uni.